The Trees of Brucemore

All three Brucemore families maintained an extensive orchard filled with apple, pear, cherry, and nut trees, although it was not always in the same location. Since the 1880s, disease and rare weather events have slowly changed the composition of the orchard. Following a rapid drop in temperature that devastated many fruit trees across the Midwest in November of 1940, the orchard was moved to its current location. 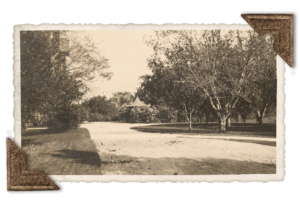 The following trees hold a special significance to Brucemore’s history:

This addition to the Brucemore orchard grew from a bud-grafted, genetically identical sapling of the last known tree planted by famed arborist Johnny Appleseed. It was added to the property in the late 2000s as part of a heritage plant program. 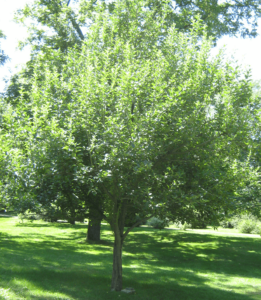 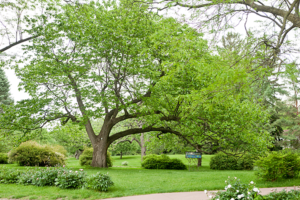