The Hall family added the pet cemetery near the formal garden as the final resting place for not only their own pets, but those of close friends, family, and staff.

A lover of animals big and small—domestic and exotic—Howard Hall was a trustee at a local animal shelter. A story claims that he generously offered the shelter manager to bill him directly if anyone was interested in adopting a pet but couldn’t afford the fees.

The Halls had an affinity for German Shepherd dogs, and the couple always kept two at a time. Howard was known to take the dogs to work with him in the morning and would bring them back to Brucemore when he came home for lunch. 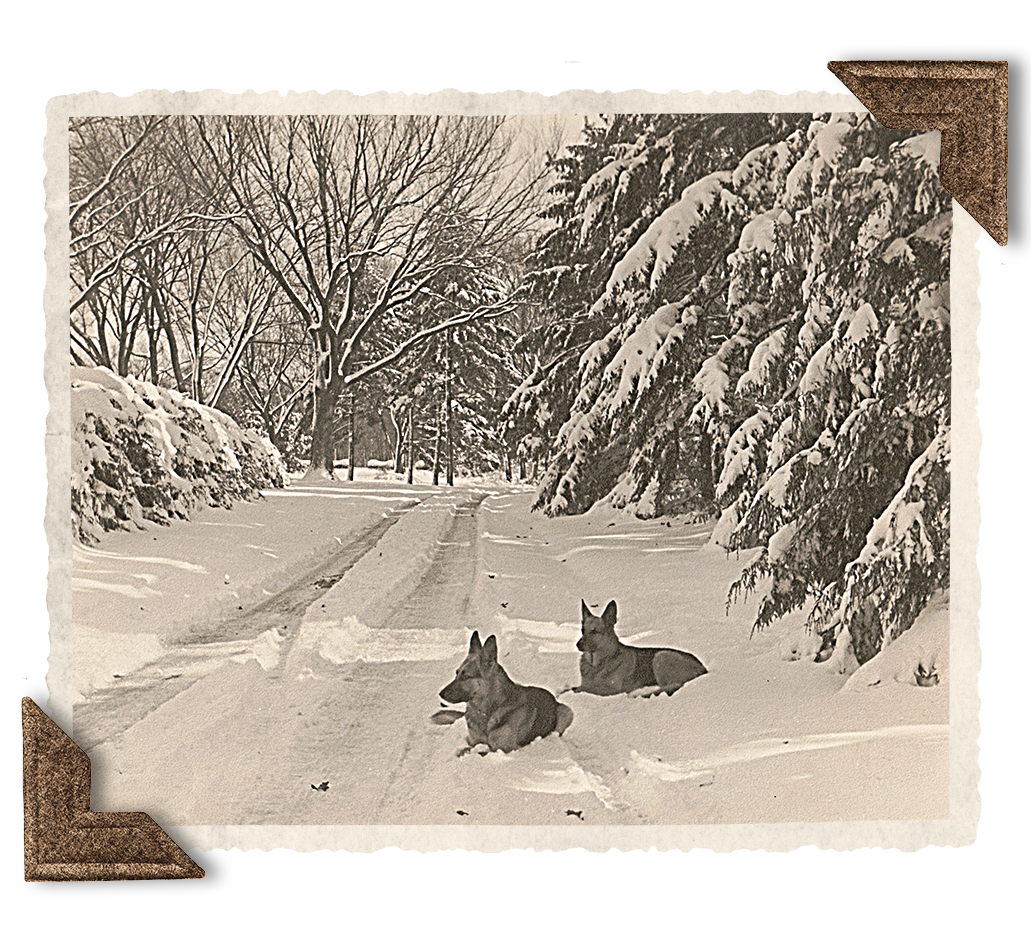 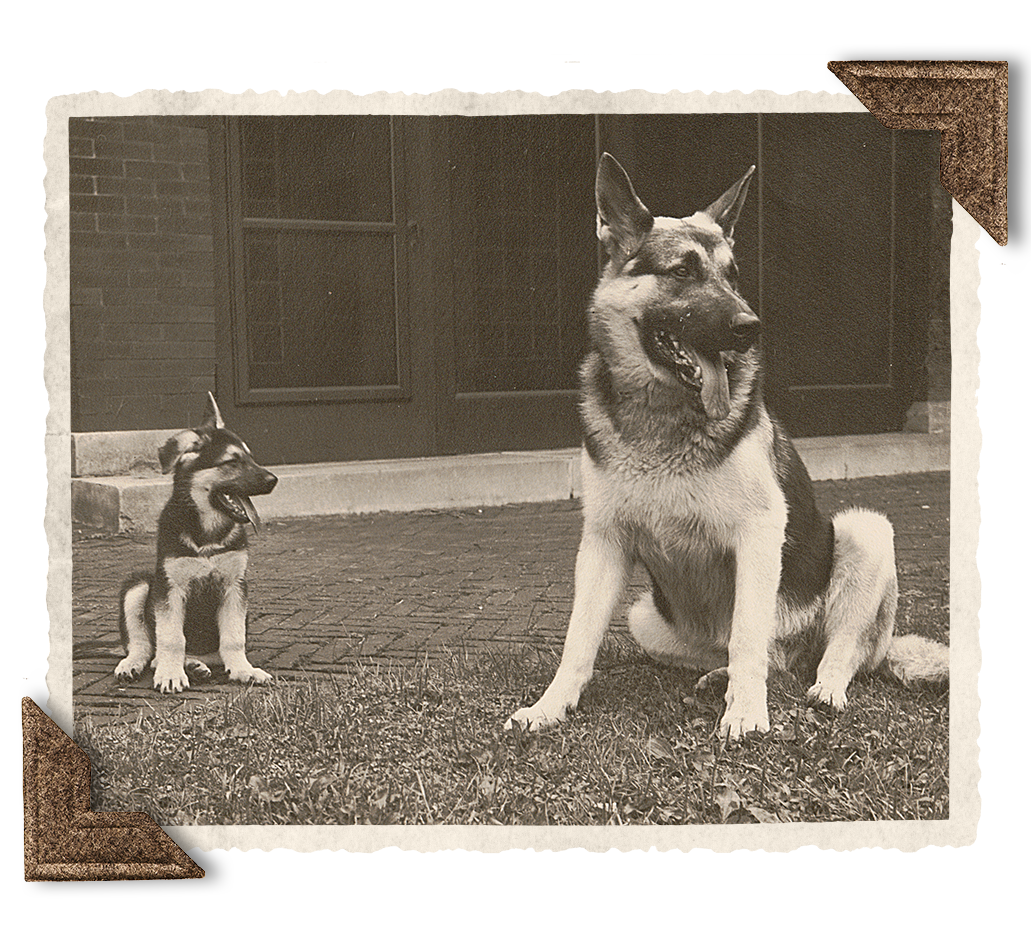 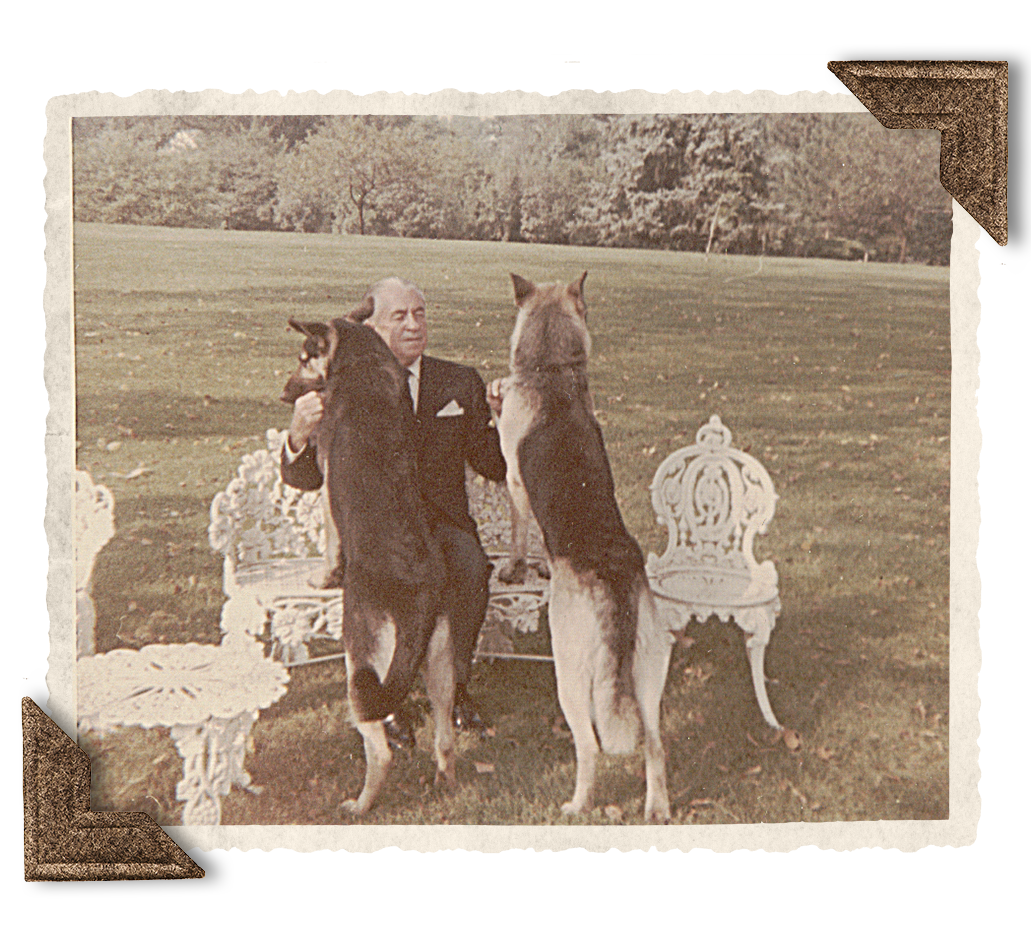 Many of the Hall’s German Shepherds shared the same name. Like Leos I, II, and III, there were multiple Nicks, Kings, Dukes, and Rexes. 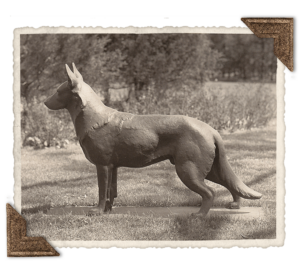 While the Halls owned three lions from the late 1930s to the early 1950s, just one—Leo II—survived until adulthood. He is the only lion buried at Brucemore.

Margaret Hall recalled Joe as “one of the best dogs we ever had.” This was one of the last animals shared between her and her husband Howard, who died in 1971.

A few of the animals buried in the Brucemore pet cemetery were owned by staff or relatives of the Halls. Louie, a green parakeet, belonged to the Hall’s secretary, Bea Eberhart, who lived in the Garden House with her husband Herb for a time.

Among the many dogs (mostly German Shepherds) buried in the pet cemetery, Hanni—a Dachshund—stands out as one of the smallest. Hanni was owned by Howard’s sister and brother-in-law,  Irene and Beahl Perrine, who lived in the Garden House for a period of time and were important philanthropic partners of the Halls. 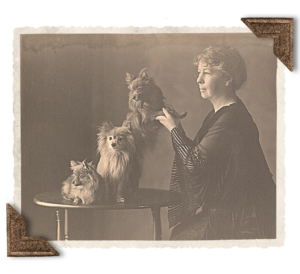