The Douglas family added a small pond to the Brucemore estate in 1908, which they lovingly called “the Lake.” Here, the family was able to fish, swim, boat, and ice skate in the winter. 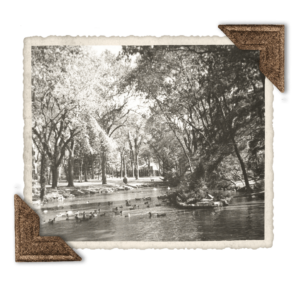 The Swans of Brucemore 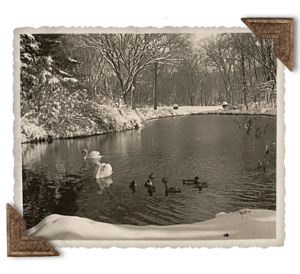 Swans were first introduced to Brucemore by the Douglas family, who sought to add beauty to the pond. Generations of swans lived on the estate, and baby swans were nursed in a shed until they were old enough to live on their own.

When Margaret and Howard Hall took ownership of Brucemore, they introduced a Black Australian Swan breed to the pond. Since swans tend to be aggressive and territorial by nature, staff built a fence to separate the beautiful but territorial animals. One of these swans—aptly called “Old Man”—was known to chase cars driving around the estate.

While there are no longer swans living at Brucemore, several native species as well as migrating waterfowl make use of the pond today. Look for the following species both in and near the water:

Frogs: Every spring, thousands of eggs hatch, filling the pond with tadpoles. By summer, the tadpoles have grown legs to become frogs or toads. Listen and you can hear the croaking of frogs living near the pond.

Ducks: From the common Mallard to the showy Wood Duck, many species of waterfowl can be found floating serenely in the pond or nesting on its outskirts. Look for ducklings beginning late spring.

Turtles: Painted turtles, which boast colorful underbellies decorated in bright yellow, red, and black, can often be seen soaking up sun to stay warm. Look for them seated on logs and around the edge of the pond.

Dragonflies: Dragonflies are beneficial to humans because they eat bees, ants, and mosquitos, protecting people from being bitten or stung. There are more than 400 species of dragonflies in the United States—how many can you spot near the pond?

O.C. Simonds designed the pond to be one of the defining features of Brucemore’s landscape in 1908. To highlight the space year-round, Simonds planted trees with brightly colored foliage—including crab apple and maple trees, which give way to deep red and golden yellow leaves in the fall.

The pond was a popular spot for the Douglas daughters, who skated with neighboring friends during the winter. George Douglas installed floodlights above the pond to allow the girls to continue skating as the sun went down.

O.C. Simonds’ business partner, Roy West, positioned large urns from artist E.E. Soderholz on columns to frame a spectacular long view of the mansion when standing on the opposite side of the pond.

QUIZ: How much did Irene Douglas pay for the two urns made by noted artist E.E. Soderholz—a favorite artist of wealthy gardeners? 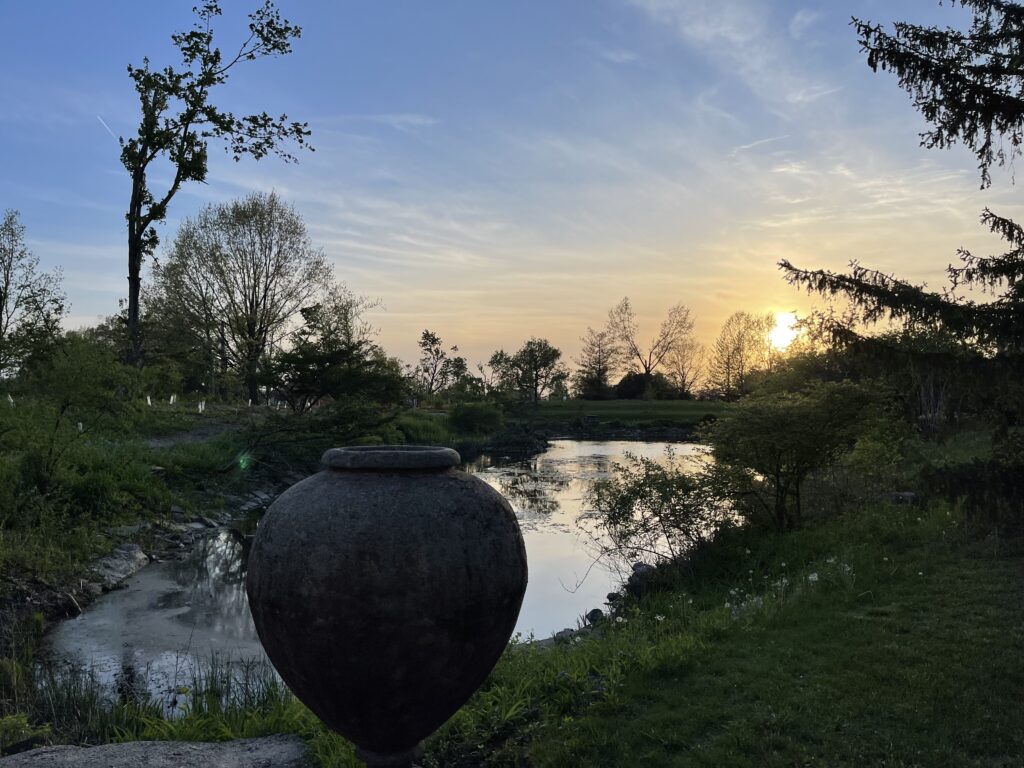