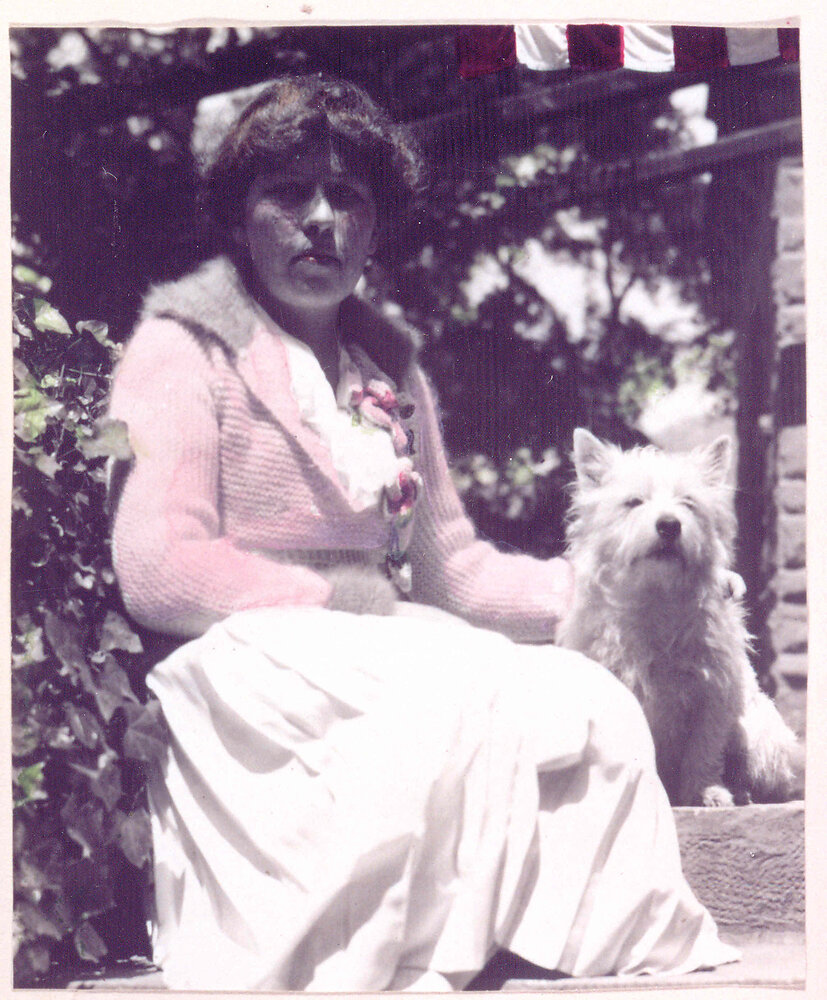 Margaret Douglas Hall kept a diary for much of her life. As one of many primary sources in Brucemore’s archives, it provides valuable first hand insight into life in the early 20th century. While on site programming has been limited during the pandemic, staff and volunteers have been able to devote additional time to transcribing various diaries and check registers.

Margaret’s daily diary from 1911-1915 provides a glimpse into her life as a 15 to 20-year-old girl. During these years, Margaret spent much of her time away from Brucemore, attending Miss Spence’s School in Manhattan and studying sculpture in Boston. She would spend the Thanksgiving holiday away from her family and would engage with the holiday traditions of the east coast.

During the early twentieth century, Thanksgiving was often celebrated with costume balls and parades. This tradition was particularly strong in New York.  A 1911 New York Times article stated that “fantastically garbed youngsters and their elders were on every corner of the city.” Miss Spence’s School seemed to be in on the tradition as Margaret wrote:

Tuesday. Thanksgiving Party. Had walk & lessons as usual & then dinner. Walk at 2:20 & then studied until six. Dressed in my gym bloomers & a velvet coat. E. Clark and I went as the Two Little Princes in the Tower. The dining room was all decorated with lanterns and greens. Had a Historical party/ all came as characters.

Masquerading at Thanksgiving was such a popular tradition that it was regarded as “the busiest time of the year for the manufacturers of and dealers in masks and false faces” by the Los Angeles Times in 1897. In 1913 Margaret wrote:

Tuesday. Went to spelling and reading first then went through to the other house to study. Met Miss T.  in the hall and she said MOTHER was coming Wed & to be at The Plaza!!!! Had Elocution & Rhetoric. Really got along very well. Big Thanksgiving Dinner. We all dressed up & wore paper bags (on our heads).

Spence’s holiday traditions were not the only ones that Margaret enjoyed. She was excited to spend time with her family, who would visit her for the holiday. In 1913, it appeared that Irene and Mahala visited, while the rest of the Douglas family stayed at Brucemore:

Thursday. Thanksgiving. Simply tore to get dressed in time to go out with Mother at 9:00. Walked over to the Plaza. Took an auto ride up Riverside Drive & back. Lunch at Aunt Mahala’s. Went to the Hippodrome with the Babst[s] & then a Thanksgiving dinner with them. All of us practiced the Tango. Mother saw my room.

Learn more about other Thanksgiving traditions from the early twentieth century via the links below: