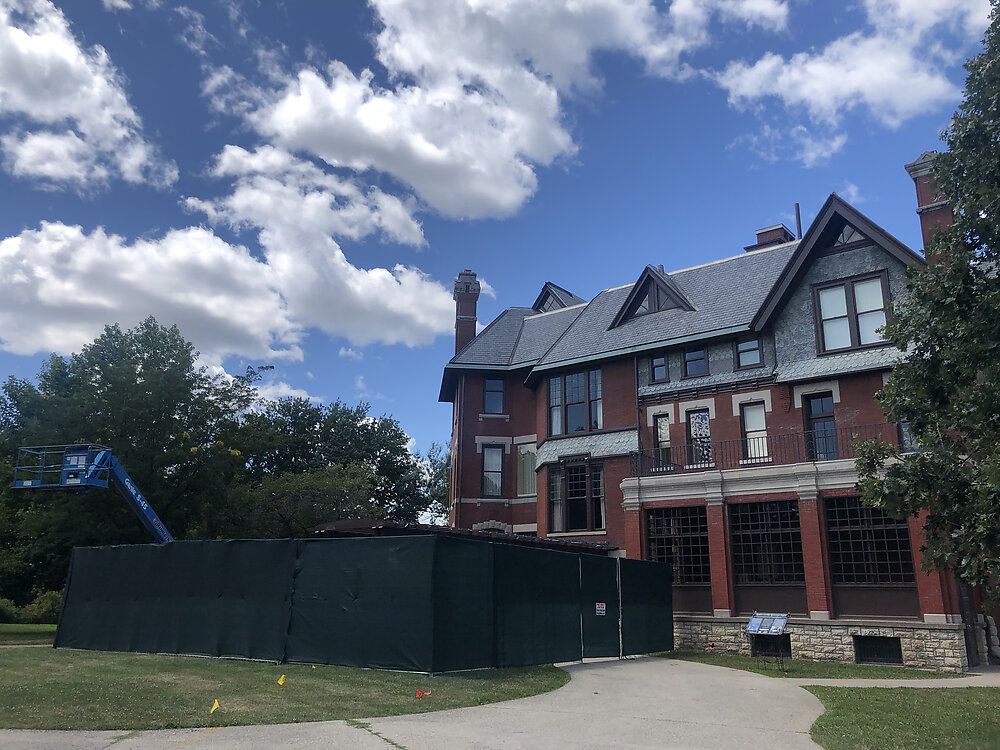 Brucemore was awarded $1.18 million through the Historic Preservation Tax Credit Program by the Iowa Economic Development Authority (IEDA) last month. Brucemore is one of only 15 organizations across the state to receive this award in 2020. As a result, Brucemore reached a milestone in its Pride & Preservation campaign by raising over $4.8 million towards the organization’s $5 million goal.

“The support from the Corridor and State of Iowa in our first ever capital campaign has been tremendous,” said Executive Director David Janssen. “The investment and participation from more than 500 personal and organizational donors help ensure Brucemore remains a nationally significant historic site and cultural hub for future generations.”

The Historic Tax Credit award supports the largest of the Pride & Preservation campaign projects—the Mansion Envelope Restoration Project. This four-phase project kicked off in 2017 and is slated for completion in 2021. It aims to address critical deterioration on the exterior of the 1886 Queen Anne style mansion to mitigate water and pest infiltration. These threats pose a significant risk to the interior, which houses thousands of pieces of furniture, artwork, objects, and diaries that date back to the early 20th century and help share the stories of the people who lived and worked on the estate.

“Preserving the 19th century mansion at the heart of the 26-acre estate is critical to our ability to inspire community interaction year-round,” said Executive Director David Janssen. “Up until this point, we had only been able to invest on average $135,000 a year towards preservation across the site’s seven structures, 26-acres, and thousands of artifacts. Studies show that we need to spend between $500,000 and $1 million a year in perpetuity.”

Brucemore is privately owned 501(c)3 non-profit, locally operated by an 18-member Board of Trustees. The organization relies on diverse revenue sources including grants, donations, program and usage fees, and endowment income. This supports operations, including routine maintenance of the estate and a robust annual program mix that has served more than 1 million people since 1981.