Skip to Main Content
Supporting Preservation of the Estate 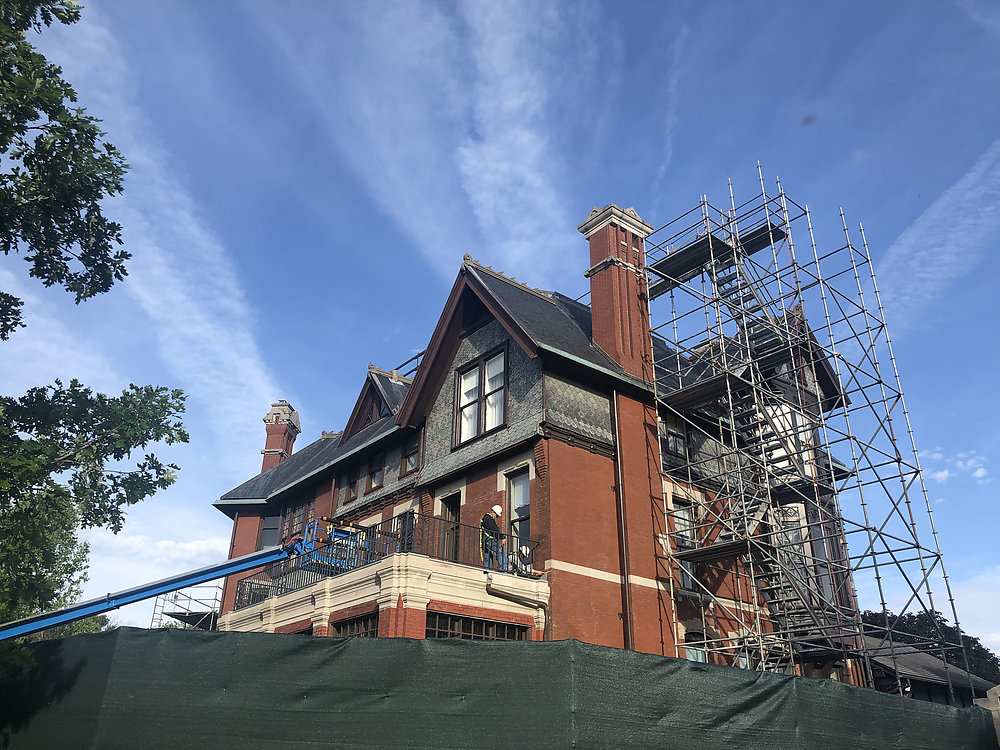 Brucemore announces the public phase of the Pride & Preservation Campaign.

The organization raised nearly $3 million of the $5 million campaign goal in the initial quiet phase of the campaign through grants and leadership gifts. Campaign funds will be used to accelerate preservation efforts across the nationally recognized estate and ensure it remains a treasure in Eastern Iowa.

“This is the first campaign since the organization was founded in 1981,” said Executive Director David Janssen. “To have reached nearly 60% of our goal during the quiet phase is a rewarding accomplishment. It is a testament to the impact Brucemore makes on individuals and the Cedar Rapids community, and is a promising step for the organization’s future.”

More than one million people have visited Brucemore since 1981, building the organization’s reputation for offering a signature menu of community, cultural, and heritage events. The 1880s mansion, six other historic structures, 26-acres of gardens and grounds, and tens of thousands of objects and archival documents serve as an irreplaceable backdrop representing more than 130 years of history.

Using the 26-acre estate requires on-going preservation of the landscape, buildings, and infrastructure. The $5 million Pride & Preservation campaign will support the three most critical areas—preservation of historic assets, investment in capital infrastructure, and improvements to security and fire initiatives—as determined through studies by independent experts. Early campaign gifts are funding the current work in progress on the mansion’s roof and south façade that kicked off in May 2019. Over 80% of funding spent on campaign projects will go to Corridor businesses.

Brucemore will offer a new special-themed Preservation Tour by Executive Director David Janssen for an exclusive look at the work on the mansion on July 16 and 24, and August 20 at 5:30 p.m.