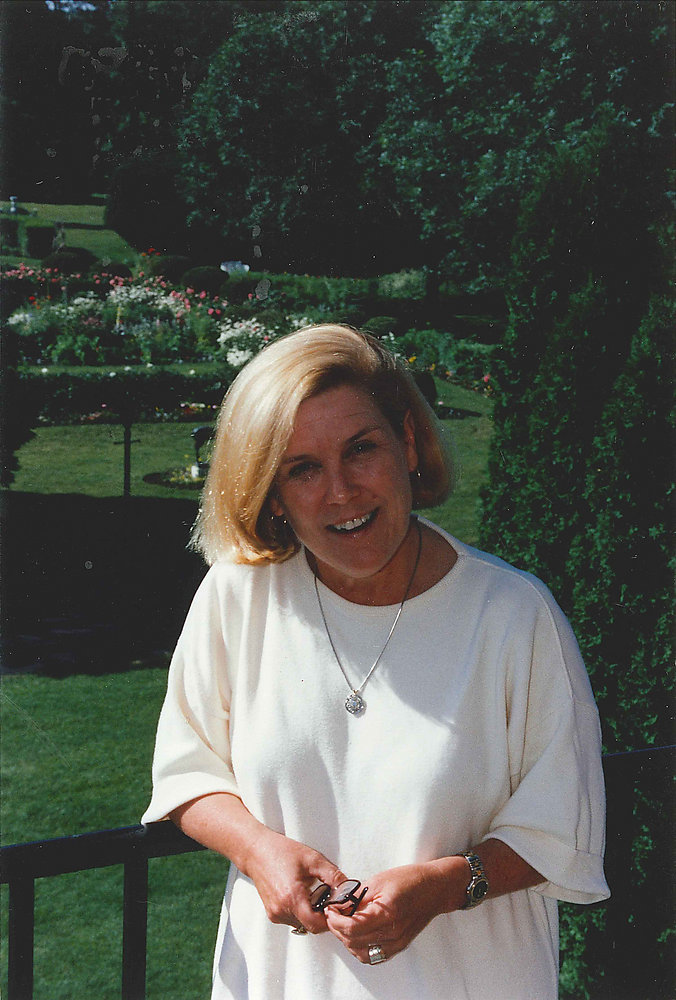 This morning we received word that Peggy Boyle Whitworth, Brucemore’s founding Executive Director, died at Mercy Medical Center in Cedar Rapids.  Peggy had been battling lung cancer for the last year.  She was surrounded by friends and family in her final hours.

Peggy worked for Senator John Culver until 1981, when she was hired by the founding Board of Trustees of Brucemore, Inc., the private non-profit established to preserve and operate the site.  Peggy provided visionary but pragmatic leadership for over a quarter century.  Under her aegis, major restoration, preservation, and rehabilitation projects established a pattern of stewardship the organization continues today.  Significant accomplishments in her first two decades included the restoration of the chimney caps and slate roof, foundation improvements, and the adapted use of the 1912 carriage house as a visitor center and staff office space.

Peggy’s most significant legacy at Brucemore, however, is the infusion of culture and performing arts into the identity of the site.  When Margaret Douglas Hall left her home to the National Trust for Historic Preservation, she envisioned a resource for the community that was not constrained by widely held assumptions about appropriate historic house museums’ use at the time.  With the direction of Margaret Hall’s wishes, the blessing of the National Trust, and the support of the Brucemore, Inc. Board of Trustees, Peggy established the historic site as a community cultural center with annual events like the Freedom Festival Balloon Glow, theatrical productions like the Classics at Brucemore, and special performances like the Joffrey Ballet.  The innovative use of a historic estate as a hub of cultural activity cemented the estate’s connection with the community and established Brucemore as an example of best practice in the field of historic preservation.  Peggy established a model of sustainability that still guides the organization.

Throughout her career, Peggy demonstrated her personal commitment to cultivate and celebrate arts and culture; to safeguard the importance of history; to collaborate with cultural, social, and political organizations; and to play a significant role in shaping the future of her community.  From national affiliations with museum associations, the National Trust, and the APTS Leadership Council, to numerous state-level appointments, including the State Historical Society of Iowa, Iowa Public Television Foundation, Iowa Historical Foundation, Orchestra Iowa, Legion Arts, SPT Theatre, John C. Culver Public Policy Center,  and the Iowa Board of Pharmacy, Peggy’s leadership skills are legendary.  In Cedar Rapids, more than forty groups, including nearly every cultural entity, many service organizations, and numerous civic and commercial boards, benefited from her effective and creative involvement.  After her retirement in 2007, Peggy maintained her leadership role in the community, serving on a number of cultural boards of directors.  She also served as a consultant for non-profits, colleagues, and cultural institutions both formally and informally.

In many ways, the history of Brucemore is defined by the women who oversaw the site.  Caroline Sinclair built the mansion as a widow in 1886.  Irene Douglas transformed the home into a country estate, actively shaping the gardens and grounds and making significant changes to the mansion.  Her eldest daughter, Margaret, bequeathed the site to the National Trust ensuring its permanence.  Peggy Boyle Whitworth is an extension of the legacy of these strong, visionary women.  Her relentless drive to preserve and share this resource for the betterment of her community is but one of the many ways she has impacted Cedar Rapids, eastern Iowa, and the United States.